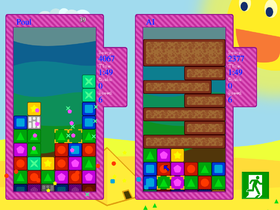 Welcome to the Block Attack - Rise of the Blocks Homepage, another open source SDL based Tetris Attack (or Panel de Pon) Clone under the GPL